You are here: Home / Blogging / Murphy’s Laws of Moving my WordPress Site

Some months back now, I said I was going to move My Local Business Online from Hostgator to my reseller host at WebHosting Buzz.

Oh how I tried to move my WordPress website…

It should be simple. It is USUALLY simple.

Finally, I hope I’ve succeeded in moving this blog!

If it can go wrong, it will (Tweet This)

I recommend a nifty backup plugin – The Backup Creator. It’s a plugin I have used many, many times to back up, restore or move sites. It’s very simple and you don’t need to worry about sql databases and everything gets restored as it was.

Until the My Local Business Online move. 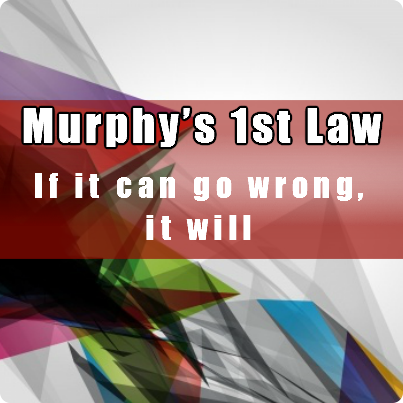 I did what I have done many times before:

No matter how many backups you think you have, you’ll chose the one that doesn’t work (Tweet This)

It won’t be the first time a backup has been corrupt. I thought at first perhaps my backup was a dud. Not a problem, I have more backups!

I uploaded the previous backup and…

I tried different plugins, I tried the WordPress import function.

I managed to kill what bit of WordPress I had already installed.

Muttering and gnashing of teeth, I changed the nameservers back to point at Hostgator while I put in support tickets.

The more urgent your support ticket, the longer it takes to get a reply (Tweet This)

OK, they weren’t THAT bad. I contacted WHB on their live chat, but the guy on the other end wasn’t familiar with the plugin and raised a support ticket.

In the meantime, I put in a ticket to the guys at Backup Creator, and got a response in just over 24 hours – not great, but not bad. I live on the web – I want an answer NOW!

So, apparently either my site was too big or I needed to extend the PHP execution time.

Well that made sense with the time out message on several plugins and the “too big” message in the WP import function. MLBO is 3 years old, I’ve blogged quite a bit in that time, not to mention all the “stuff” I’ve collected, uploaded, tested and the download folder… it’s pretty big!

I went back to WHB and asked if they could increase the PHP execution time. Apparently, I can do that in cPanel, so I set it to max allowed.

I should also mention that WHB also offered to move the site for me. However, in the future if everything crashes and burns, I want to be able to restore it myself rather than wait on support.

I paid my Hostgator bill and hoped things would settle down – this moving stuff was far too much messing about!

Left to themselves, things tend to go from bad to worse (Tweet This)

So, MLBO got slower, and slower.

There was no detectable improvement.

Then, for some reason known only to itself, MLBO went down every morning between 6.30am and 7am for 2-5 mins.

It was time to bite the bullet and move…

If something works on a test site, it doesn’t mean it will work “live” (Tweet This)

I learnt my lesson from the first attempts and prepared to move to a test site I have hosted over at WHB. Off I went digging in cPanel and increased my PHP execution time. I installed WordPress, uploaded a new backup and the Backup Creator installer plugin.

With baited breath I hit the restore link…

It’s a good job the plugin doesn’t wait too long to give the time out message or I would be dead!   Again, I had the same issue with other plugins so reverted back to good old manual transfer.

Off I went to repeat the procedure for MLBO.

I changed the nameserver settings and sat and waited. When it landed, I completed the install, imported the database and uploaded the files.

So far so good!

If everything seems to be going well, you have obviously overlooked something (Tweet This) 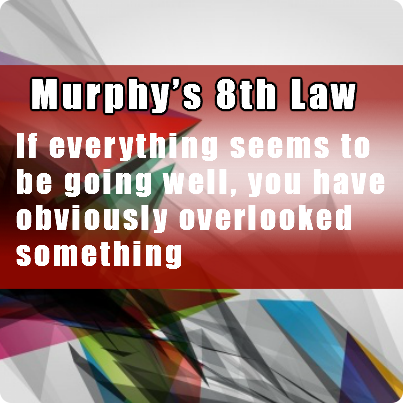 Then I tested my email.

Do I need to say at this point that my email would neither send nor receive?  Back on to WHB support…

I explained everything that had gone on. I explained I run through Cloudflare via their site not the nifty button available in cPanel.  Back and too to technical bods – did I want to raise a support ticket?

No, no no – I want to talk with someone who can help me now!

It would appear my Cloudflare settings were wrong. I asked what they should be – and double checked everything.

I was seeing the right email settings.

WHB wasn’t seeing the same thing at their end.

It was obvious this was not going to be solved any time soon. So, nameservers pointed back at Hostgator and another month paid.

So Boxing Day arrived, my payment was over-due to Hostgator and they’re about to cut me off. I really did not want to keep paying for something I am not happy with. I walked the Muppet dog and allowed the wind to blow off the cobwebs off my brain while I ponder how I am going to move my WordPress site.

A plan of action formed…

So I sat down with my bottle of Baileys and made a start. Do note that drinking Baileys and moving websites should be mutually exclusive activities…

The plan worked after a fashion. I lost my plugin settings somewhere and the little scrolly blue thing at the top of the Generate Theme box has disappeared so I’ll have to track it down.

But all the important stuff was where it needed to be AND email worked. I could tweak and get things how I wanted later!

If you perceive that there are four possible ways in which a procedure can go wrong, and circumvent these, then a fifth way, unprepared for, will promptly develop

MLBO has run through Cloudflare for some time now and I didn’t want to lose that protection. cPanel has a nifty button where you can connect to Cloudflare simply. Since I had disabled Cloudflare to move the site and everything was now operational apart from a few boozy mistakes (it’s Christmas apparently after all!) I thought I’d click the button…

There I was, tweaking and putting settings back how I wanted them. The site was loading much faster and things that had previously died on the old site (like the sharing side bar) now magically came back to life.

Not again, why is nothing simple?

I put it down to Cloudflare kicking in. Sometimes you do get a few minutes of error while things propagate.

An hour later, I’m seeing the same error.  Back to WHB support chat…

The poor guy had a crazy woman muttering away at him. He was on and off to technical bods. Then a light-bulb moment when he said the nameservers are associated with WHB but are the wrong ones.

It did indeed turn out I had used the wrong nameserver settings. I don’t pull these things out of thin air – I got them from my reseller web-hosting manager dashboard. 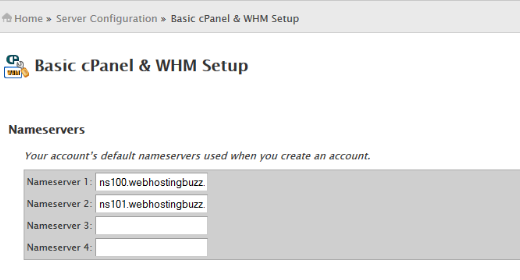 The Wrong Nameservers… That would explain quite a few issues!

I’ve been with WHB for over 2 years, they had recently changed servers and twiddled with settings…

Back to changing the nameservers at the registrar.

Some hours later I was still getting a DNS error, so disabled I Cloudflare again.  I’m going to give things a day or so to settle down before resetting Cloudflare. I think I’ve come through the worst! Back to tweaking the bits I need to tweak now.

All this messing has forced me to clean up the back-end of MLBO – it was a much overdue task! I started with a blog that was getting rather unwieldy at 4.9MB.  I reduced it to 2.8MB with the Generate Theme still on.  However, 2.8MB is still pretty big and I managed to loose some bits of the theme when transfering.  I switched to the basic Genesis Theme while I sort things out and decide what I am doing (the site is now 1.5MB).  I may go for a new look in the New Year anyway.

I still recommend The Backup Creator for smaller sites. It has saved me so much time and messing in the past and no doubt will again in the future.  I even managed to move the new slimline MLBO to a test site using it – that’s a lesson to have regular clean-ups if ever there was one!

Have any of Murphy’s Laws haunted your business? Share the pain in comments!

Murphy's Laws of Moving my WordPress Site by Jan Kearney

A web page without an image is almost naked, missing something, a finishing touch. Basic image optimisation can transform your web pages, product … END_OF_DOCUMENT_TOKEN_TO_BE_REPLACED

Not all of us have photographic talent. Creating your own photo images for your website, social updates, blog or presentations is HARD.  When the … END_OF_DOCUMENT_TOKEN_TO_BE_REPLACED

Creating your own local business website is never an easy task, especially when the guidelines change regularly. As always online, the only thing you … END_OF_DOCUMENT_TOKEN_TO_BE_REPLACED